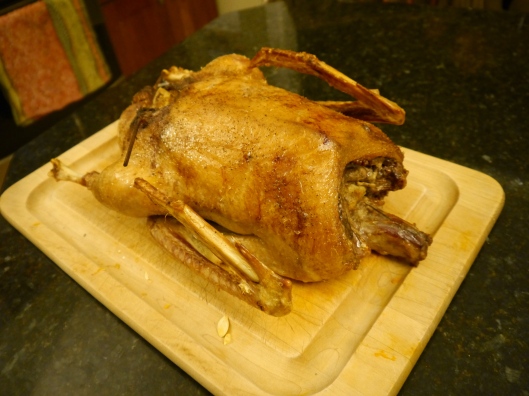 The goose was a gift for Waylon’s birth.  Our friends at Gozzard City brought it over one late summer day last year when Waylon was still a floppy little baby unable to hold his head up, and the goose went into the freezer with the intention of pulling it back out come Christmas.  Instead, it got lost among the pork and chicken and turkey and beef that also filled the freezers, and so over a year later we finally took it out to thaw, and cooked it on Sunday for a pre-Thanksgiving celebration with my parents and brother.

It was my first goose, and though I rarely follow recipes step by step, I tried my best with this bird.  In the middle I switched the recipe I was following for a simpler one, and the goose didn’t seem to mind one bit.  The temperature and length of time were different, but it was still stuffed with caramelized onions, bits of fatty bacon, chunks of apple and torn bread.  It still dripped fat that became our leek-laced gravy. 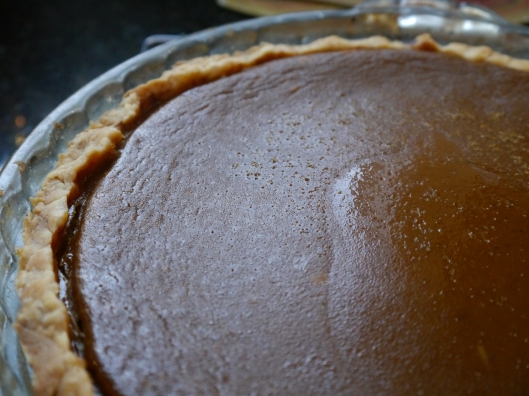 In the case we discovered that none of us liked goose, the bird was joined by a smaller fowl in the form of beer-can chicken.  Luckily, we found that not only do we like goose, but especially when dribbled with gravy, we love goose.  Nothing went to waste.

By the time dessert came around, Waylon was past ready for bed, but he sat on his uncle’s lap and tried his first taste of pumpkin pie, which happened to be just the thing to keep him going a little longer into the night.

The left-over goose and pie kept us fueled as we drove to New Jersey yesterday, and primed us for turkey tomorrow.  This year I am thankful for all these things: friends who raise geese, our bumper crop of pumpkins, the leeks that started in our field and ended simmering in goose fat, the soil that grew our vegetables, the grass that fed the animals, and family, always family, who share these meals with us. 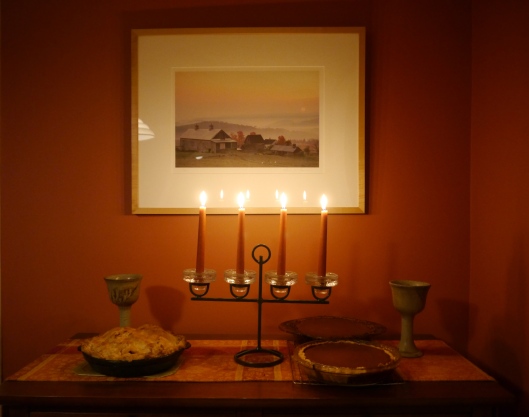 Welcome to The Good Heart Life: an organic gardening and lifestyle blog where we grow beauty, joy, and nourishment for the body, soul, and earth. I'm Kate Spring: organic farmer, mother, and chief inspiration officer at Good Heart Farmstead and The Good Heart Life. Grow along with us, and together we'll cultivate a more lively, joyful world one {organic} seed at a time.